Chief Keef (government name: Keith Cozart) is one of the most exciting people making rap music today. I’m not being ironic or funny, it’s absolutely, factually true. As much as you may or may not like the dude, its clear that he’s crafting some pretty interesting-sounding, left-field rap, completely devoid of influence from label heads and A&Rs desperately wanting him to make the next “Love Sosa.”

Cozart had some big news coming out his camp recently: In late April, he signed a new deal with Greek billionaire entrepreneur Alki Davids. Earlier this month, he dropped his first single under his new “label” (or Davids’ web-streaming service, FilmOn), which was an ode to his late cousin and rapper Big Glo. The song is called “Ain’t Missing You” and samples “Every Breath You Take,” similarly to Diddy’s famous tribute to Biggie from 1997. It’s different than anything I’ve ever heard from Keef, and continues to follow the path of unpredictable musical experimentation that the rapper has set himself on.

DISCLAIMER: Do not listen to these songs on a pair of regular Apple earphones. If you want to experience the true progression in his sound and production, I suggest using some studio-quality headphones or speakers.

Let’s look at his unique musical progression over the past half decade in a more detailed fashion:

This was the year that Keef really burst onto the scene in terms of having an online presence. He had access to both an active hip-hop producer and director DJ Kenn, and an active rap video director, DGaines, living in Chicago at the same time as Keef. Along with fellow local rap contemporaries King Louie and Lil Durk, Keef made raw, nihilstic drill music, which Wikipedia says is:

“John Madden” is one of those earlier songs that started turning heads. He raps in this kind of staccato manner throughout, throwing in his gun-toting ad-libs here and there along with a catchy chorus to match. The beat follows a short minor-key piano melody while drilling snare and bass production provide the backbone. I’d put this song up there if Complex ever published some list like “The Top 10 Most Influential Drill Songs,” a lot of drill songs that came out afterwards sounded like they were built from this beat. Keef would keep and refine this sound until the end of 2011.

At some between late 2011 and early 2012, drill made a peculiar transition from the sound Keef helped make popular. The bleak soundscape and grittier keys were either toned down or removed completely, and drill emerged with pop appeal. Keef made this slight shift when he linked up with local producer Young Chop, one who propelled the home-grown drill sound to mainstream rap radio within a year. Everything else was still there: violent lyrics, the ad-libs, terrifying stories about life in Englewood, Chicago.

It was the big, sing-songy choruses, the synths, and the over-produced nature of the music that made it feel less drill. Not that it wasn’t drill at all, but instead “drill for the radio.” And that’s not to say that it wasn’t good, by any means, but that it was a noticeable change in sound. Once Kanye caught wind of the duo’s most successful collaboration “I Don’t Like” and remixed it, the rest was history: Keef was in the national rap spotlight. Nine months after the video for “I Don’t Like” dropped and five months after it was released as an official single, Keef’s debut album Finally Rich was released in December 2012 via Interscope. Many of the album’s tracks were Chop-produced and similar sounding (“Love Sosa” and “Hate Bein’ Sober” are essentially the same song), but there were moments of particular diversity. Songs from the album that steered away from the pop-drill-rap theme include: “Kay Kay,” “Ballin’,” and especially “Citgo.”

The song (which has an interesting, only-on-the-Internet background story) had to, to an extent, have an influence on Keef creatively that led him to experimenting more with his music. “Citgo” doesn’t sound like anything else on the album.

The year following the release of Finally Rich, Keef was caking. He managed to eventually sell 300,000+ copies of his album with virtually no marketing push from his label at the ripe age of 17, and amassed millions of views across the multitude of videos he had available on YouTube. He had everyone’s attention, and what did he do? Shift his sound, again. From 2011 to 2012, there was a transition in his sound, but it was subtle. In 2013, however, most of what he made was completely different music from his younger drill days. Though he did still have drill-influenced releases, it seemed like that specific sub-genre of rap became uninteresting to Keef. The first taste of his sound in 2013 came from New Atlanta producer trifecta Metro Boomin, Sonny Digital, and Southside.

It’s big in a way that a drill song could be, but there’s a lot more going on within the production of the song. The Atlanta trio threw so much at Keef in one beat that I feel like he’s trying to escape from it when he raps over “Where He Get It.” The content of the raps is still dark, but he’s rapping faster than usual and really exerting his energy vocally; you can hear him doing so here compared to what he’d released in 2012.

In between his phase of rapping over Atlanta trap-influenced instrumentals, Keef would briefly go back to a quasi-drill style with “Macaroni Time”, a song that could have possibly made it to rap radio had it received the appropriate mastering, marketing and promotion by his label.

His Zaytoven collaboration, titled “Hobby,” was released a couple of months later. The production is a slow-moving, synth-laden and bouncy; Gucci Mane could easily float over the instrumental. Keef, who openly talks about how lean is making him drowsy in the song (he was abusing codeine at this time), doesn’t really sound like he’s trying to rap, but orally “leans” on the beat, putting less and less effort into pronouncing his words.

A month later, Keef dropped “Go to Jail,” which took technical rapping out of the equation completely. He sing-warbles over a dragging beat, using auto-tune all over the song. At this point, it felt like the electronic sing-rapping, lean-referencing movement from Atlanta was taking over Keef’s musical approach. It’s a worthy shift to note considering the vast sonic differences between Chicago and Atlanta rap.

In August of 2013, Keef dropped Bang, Pt. 2, which was a collection of songs he recorded since his lean-infused experimental phase had begun earlier that year. Containing nineteen songs, a handful were pretty much forgettable while another three acted as skits. The single on the tape that signified Keef’s new change in sound would be “Ain’t Done Turning Up.”

His flow is particularly syrupy here, and towards the bridge his bars are drenched in auto-tune; over the melody its insanely catchy. Keef is using his voice more as an instrument rather than an added vocal piece to the overall puzzle of the song, similarly to how Future operates over his own production. The Atlanta influence continues to pour over into Keef’s music.

Later, in October 2013, Keef released Almighty So, a more coherent mixtape that was still experimental, yet more refined production and flow-wise. It’s a solid musical maturation from Bang, Pt. 2, and serves as his personal antithesis to his debut Finally Rich. The lack of label and radio supervision or influence allowed Keef to truly flourish creatively from the studio of his own private mansion.

“Blew My High” is a great song, combining Keef’s new flows with a thumping piano-laden instrumental along with a synth sample that sounds like it came from a Legend of Zelda game. From his work on Almighty So and towards the beginning of 2014, Keef further experimented with his sound.

The codeine-laced, syrupy flow continued with “All I Care About”, though the sound of the song deviates less away from drill than “Go to Jail.” Keef morphs his voice again using auto-tune, and as rap writer Noz puts it, his voice “melts inside the slap,” adding a psychedelic element to the track.

“Save Me” was another track that was closer to his drill roots, but was still different territory for the rapper. He linked-up with prolific Atlanta-based producer Lex Luger for the track, and the two managed to make a blog hit. Soon before this song was released, he dropped “War“, which, like “12 Bars” was Keef’s attempt at going full-punk: on the former he coughs all over the song, and on the latter he repeats his “bang” ad-lib for most of the song. It’s totally unconventional, but it’s Keef going as far against the grain as he possibly can; its ballsy, but respectable. No one else is taking risks like that, regardless of it “sounding good.”

After he had released a number of songs produced by others, Keef started looking into self-producing. According to The Fader*, Keef had been learning beatmaking from his producer partner Young Chop, and started releasing these self-produced tracks on his YouTube and Instagram accounts as early as September 2014.

Songs like “Where’s Waldo,” “Smack DVD,” and “Dear” are all Keef’s own productions that are unique in their own right. The first song finds Keef comfortably rapping over a chant-heavy instrumental in the vein of Halo. The second song is airy and mystifying, incorporating what sounds like flutes and trumpets into the production. The third song is simultaneously ambient and menacing, and as writer Meaghan Garvey points out, doesn’t veer far off in musicality from Lil B’s “Birth to Life.” These tracks sound nothing like the music Keef used to make. Even when he was still making and releasing music similar to “Macaroni Time” (the closest he has ever sounded to anything like his Finally Rich output since its release), he never fully went back to his old style. The minor drill presence in 2013 (and briefly the first half of 2014) had mostly disappeared with his self-produced music. The rapper’s unending disinterest in sounding like he used to became his ultimate creative strength.

Fast forward to 2015: Keef is out of rehab and finally, out of his $6 million deal with Interscope Records. Aside from a slight Young Chop collab that found fame through Twitter comedians, he’s just dropped his first single with Davids. Now, we patiently wait on more from Bang, Pt. 3 and whatever else the rapper has to offer, which, apparently according to rapper Speak!, sounds like it could be incredible. If “Ain’t Missing You” is any indication, this is about to be another exciting year musically for Sosa.

*(Thankfully, The Fader published a piece where they compiled Keef’s best self-produced tracks from the fall of last year. I’ll pull some examples from their article to showcase Keef’s musical growth).

Much thanks to: Billboard.com, The Fader, and Tumblin’ Erb. 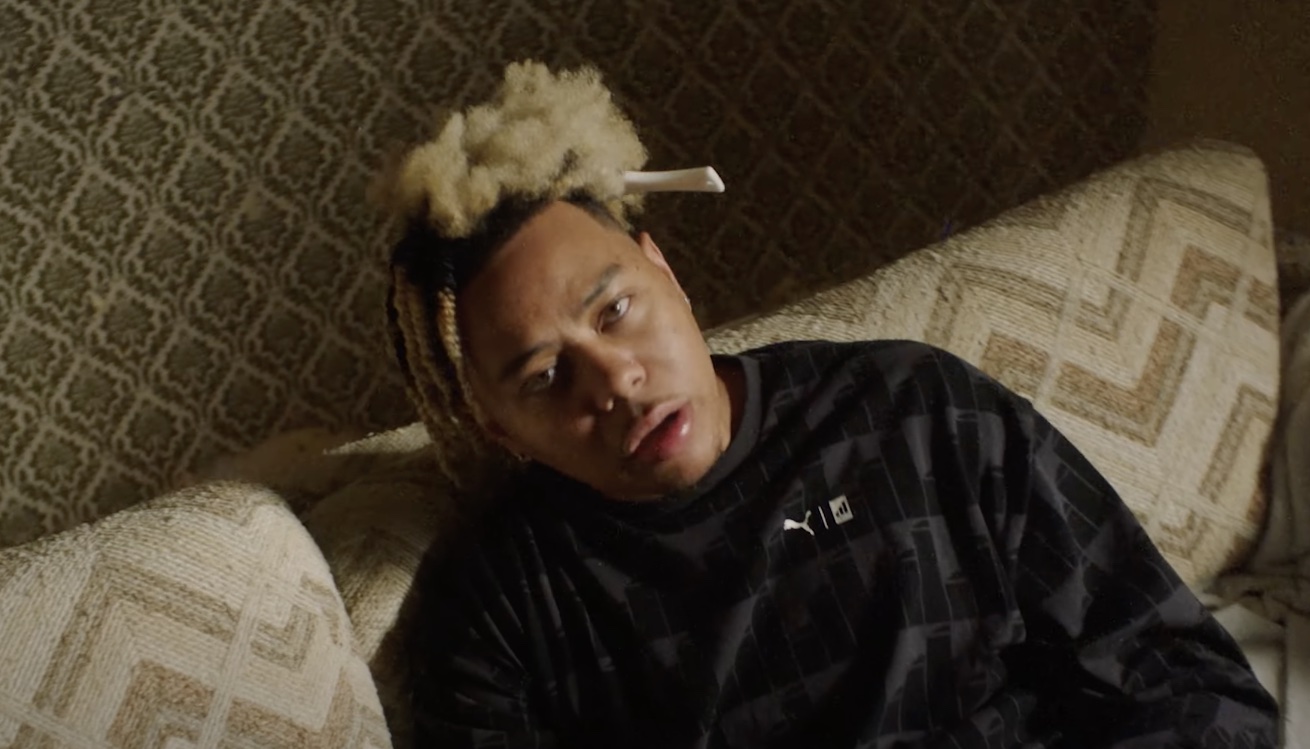