Ace Hood is the epitome of the underdog.

I can’t even really say that I have been counting him amongst the elite in modern Hip-Hop, and he’s dropped 4 — count ’em: FOUR — albums when a lot of artists we have paired him with can’t even get past one. He’s also had a few radio hits and countless mixtapes; at 25, he could almost be considered a vet. But he’s like Rodney Dangerfield — no respect. I would say that that will all change for him with the release of Trials & Tribulations, but when folks are paying more attention to your broken watch than your music, well…you know. With that said, I’m still going to tell you what I think about his latest project.

It’s dope. Seriously. From the start of the album (hell, the start of his career), Ace Hood continues to march forward for the other underdogs of the world (namely, the poor, the Black, the minority, the hopeless) with a lyrical ability that I honestly didn’t realize he had (the title track itself damn near makes you want to start a revolution just off being sick and tired of being sick and tired of whatever situation you might be going through). And he doesn’t stop; if only for a break or two to speak on love (‘Rider’ with Chris Brown) and ballin’ (‘Bugatti’ with Rick Ross & Future and it’s accompanying remix), Ace Hood mercilessly destroys every beat that comes in his way for the sake of letting you know that, like a lot of us, he’s a God-fearing man that came from nothing, but won’t stop at nothing to attain the success that he rightfully deserves.

I’m not kidding about the lyrical ability, either; not only does he show versatility by switching flows on every track (which automatically debunks many assumptions about where he stands amongst his peers….the greatest example of raw Hip-Hop on here might be ‘Another Statistic’ or ‘The Come Up’ with Anthony Hamilton), but he’s also outrapping everyone else that appears on this album…..an album filled with the likes of a now-kind-of-wack Lil’ Wayne (‘We Outchea’), an equally aggressive Meek Mill (‘Before The Rollie’) and the aforementioned ‘Bugatti’ with Rozay. The hard-hitting production — which features Sonny Digital, Mike Will Made It, The Renegades, Cardiak and more — is just the perfect soundbed for Hood’s wrath.

In a nutshell, I’m saying that Trials & Tribulations is easily one of the better Hip-Hop offerings this year. The unfortunate truth is that, in the middle of the congestion (just look at the all-stars that dropped in June), this album will probably be a mere aforethought*, and Ace Hood will continue to be that underdog. It’s only might hope that he will continue to make these progressive Rap records that folks might finally start to see on a bigger scale.

*As I was finishing this review, news reports come in stating that Ace Hood clocked in at about 37,000 units sold for his first week out, making the number 4 spot on the Billboard 100. 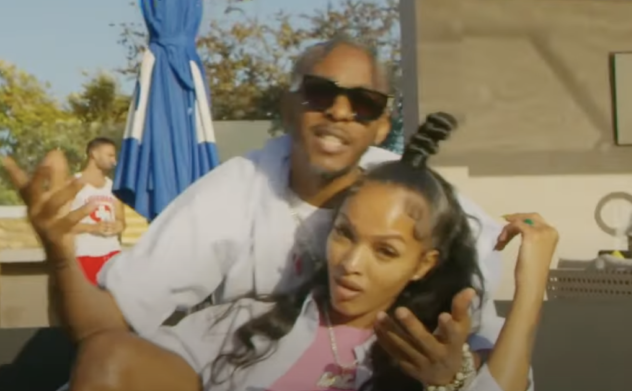