This past Thursday, February 11th, I went to an album listening session. This wasn’t your average listening session, however. It was open to the general public, was accompanied with a visual piece, and was delivered simultaneously across various platforms via satellite. It was unique in every sense, and thus “Kanye” in every sense.

When first arriving at the Mazza Gallerie Theatre in DC, all The Life of Pablo ticketholders were to report to a desk with two people manning a long list of the attendees, and wrist stamps. I gave them my last name and they let us in – didn’t even check ID or my ticket I had ready to be scanned, opened on my phone. I thought that was interesting considering how meticulous Kanye and his camp is about stuff like this, but whatever, I wasn’t complaining. Once you approach the theatre where the album is about to be streamed, you stumble upon on a plain white piece of paper barely protected by a plastic casing that reads “IT’S YEEZY SEASON” in large black font; that’s all they use to distinguish the “Kanye” theatre from the other ones.

After you walk in, the first thing you probably notice is that the audience isn’t like most crowds you run into at movie theatres in America. It felt like one huge clusterfuck-takeover of hypebeasts, sadboys, and unpaid bloggers. What was cool about it, though, was that I could only imagine being in a room with that many hip 20-somethings at a concert, and this very much felt like a concert at the movies. This will probably be the one time I go to a movie and literally every single person is on their smartphone, but in this case it was for good reason: when the hell was this guy gonna come out and start playing his new album? For the first good 20 minutes, all we got was a shot of the not-yet-revealed set, draped in a giant cloth tarp and blueish-white smoke, which was being live-streamed from Madison Square Garden in New York. At some point Kanye came out, the house lights dimmed off,  people put their phones down (but not away, of course, because we gon‘ get these Tweets off), and the show was happening.

It was strange, but familiar, too. Kanye approaches the makeshift sound mixer table, delivers an impromptu speech, he plugs the aux cord into his mac, and we’re off. The visual piece to the album stream was models sulking around wearing his latest designs (or, at least, that’s what we’re supposed to think) for Yeezy Season 3 paid for by Adidas, which included rapper Young Thug and Important Internet Person Ian Connor. Obviously the fashion “show” wasn’t the highlight of the event, most people just wanted to hear the album. I’m not sure how many of those that came for the music would actually pay for any of the clothing on display from his supposed new collection, but we watched those parts regardless because it was something different, not the garments per se, but moreso the experience.

As the album went on, I couldn’t help but notice that someone that sounded like Future was on two separate songs. After doing some research, it appears that someone is an 18 year-old rapper named Desiigner that hails from Brooklyn. As it turns out, he also happens to be G.O.O.D’s newest signee. What’s even more weird is that his verse on “Father Stretch My Hands (Part 2)” is a straight rip off the one he had on his one and only current purchasable single, “Panda”. Not only does he sound like Future, but he references “Montana” and “Atlanta” in his verse, and raps on a song produced by Metro Boomin — Kanye even borrowed Future’s “If Young Metro don’t trust you, I’ma shoot you” bar from 2015’s “Jumpman” for the song’s intro. The similarity to Future is even closer in “Freestyle 4″… the bite in flow and verbiage is painstakingly obvious. Why Kanye couldn’t get the actual Future to contribute a couple of verses on very Future-type beats, I’m not sure. It was the lowest point of the album for me, despite being great songs.

What I especially enjoyed about the album overall, though, was the production; this was truly free-form Kanye. The concept of song structure was completely thrown out the window. If I remember correctly, there was 3 beat changes in one song which was only 2:00 minutes long — it’s incredibly hard to make that sound good in such little time. Throughout the stream, people were jumping out of their seats, cheering on and laughing at Kanye’s bars (see: Taylor Swift jab), and dabbing uncontrollably. The intro was probably the most polarizing part, however — everyone seemed completely entranced during “Ultralight Beam”, from The-Dream’s crushing falsetto to the backing choir’s haunting vocal accompaniment — that in itself was this kind of indescribable communal experience. It was some real spiritual shit.

I applaud Kanye for the unique album listening session idea. I thought it was a cool spin on something that many consider to be too exclusive and closed off for anyone not working in the music industry and/or one without the necessary connections to be a part of a listening party. Everyone that had a little money to spend and wanted to listen to the album before it came out had the opportunity to do so; that doesn’t happen every day. Let’s hope the rest of the album’s rollout is as successful as the live stream turned out to be. 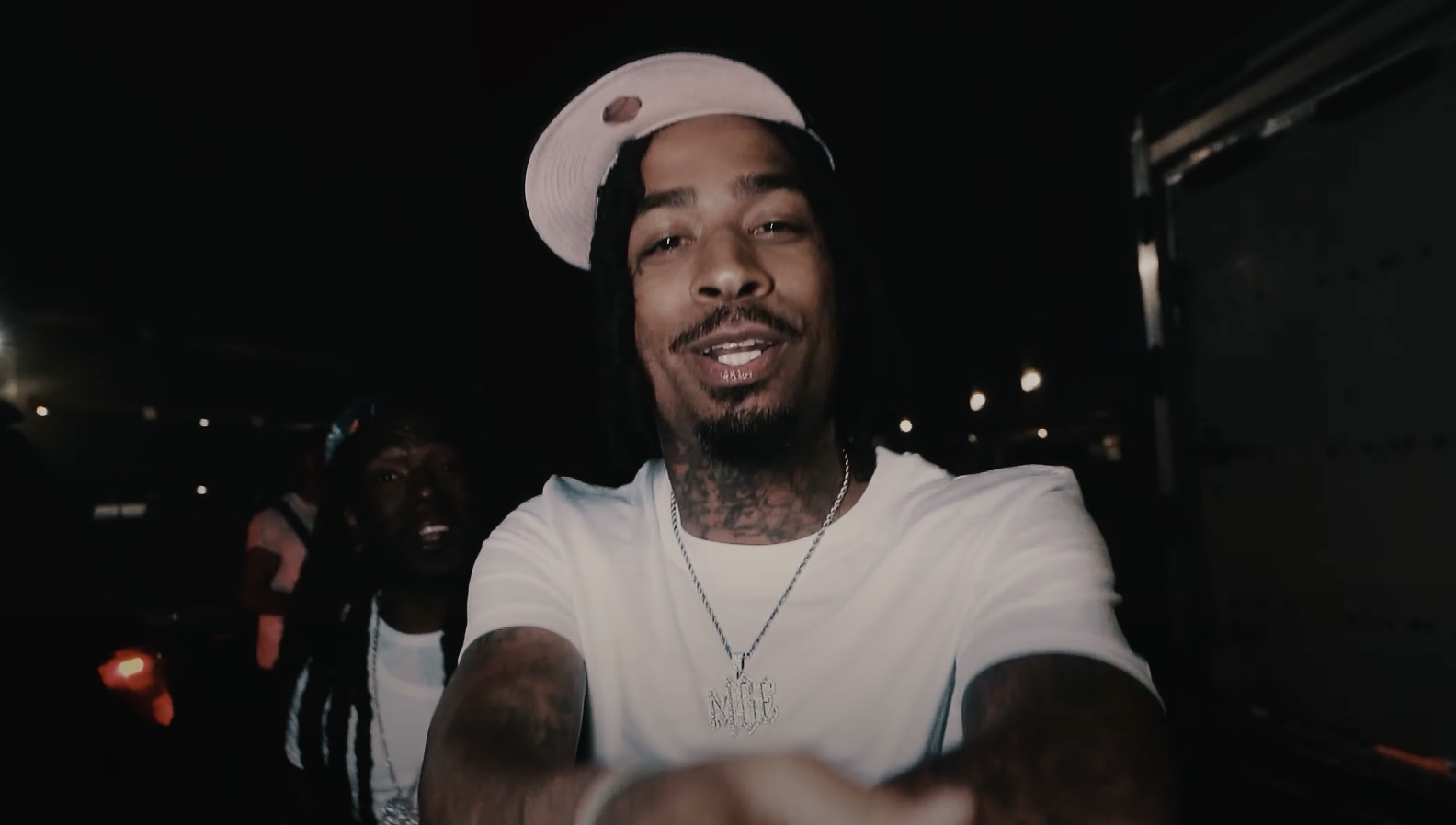 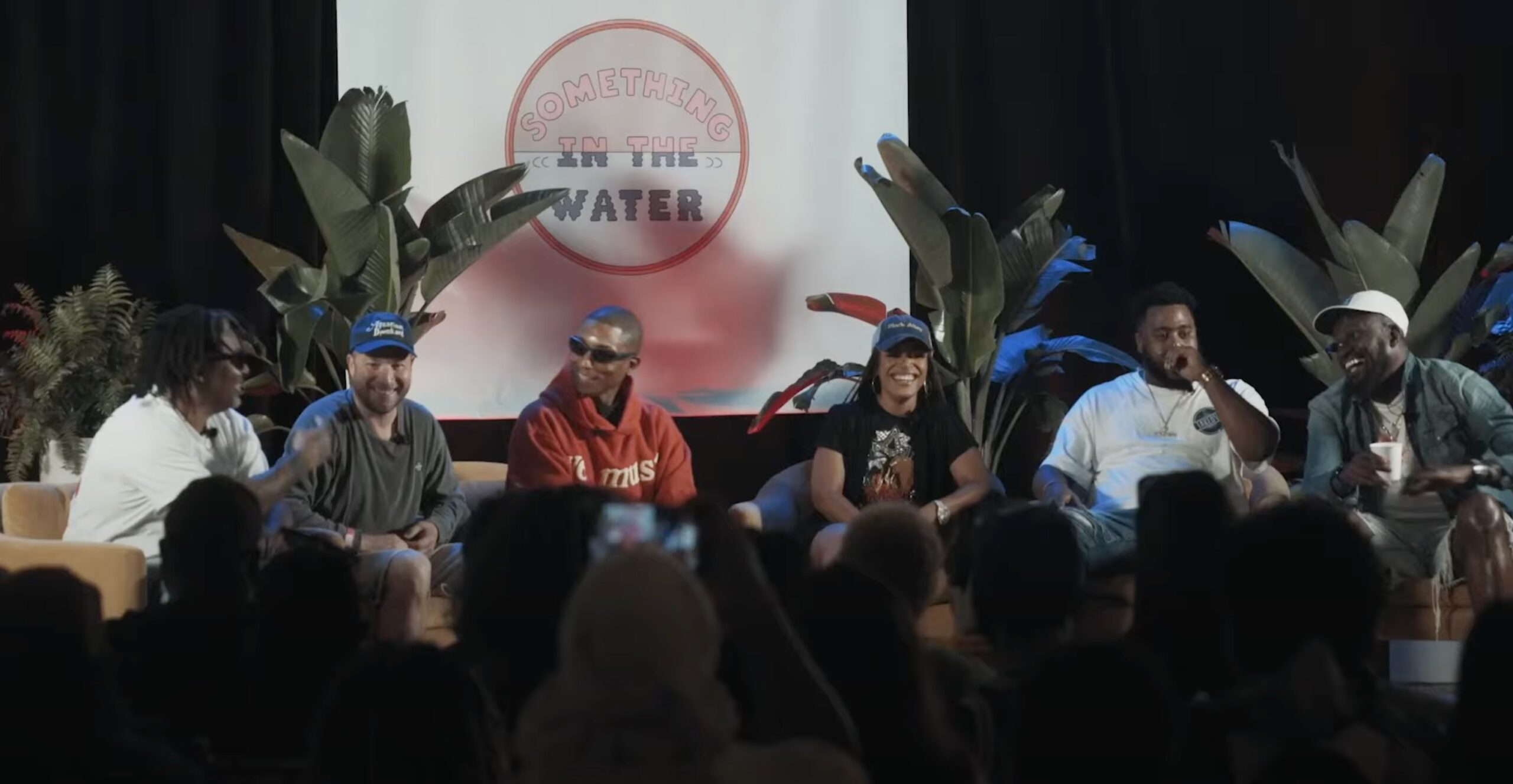 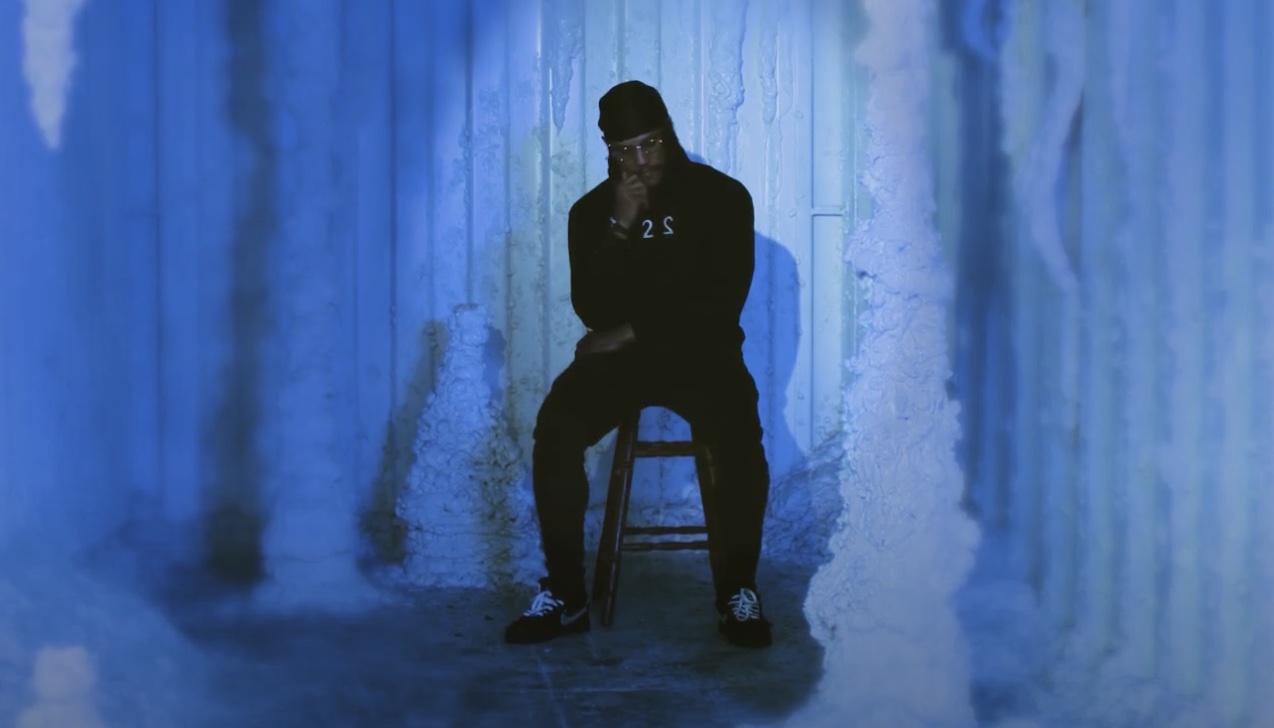 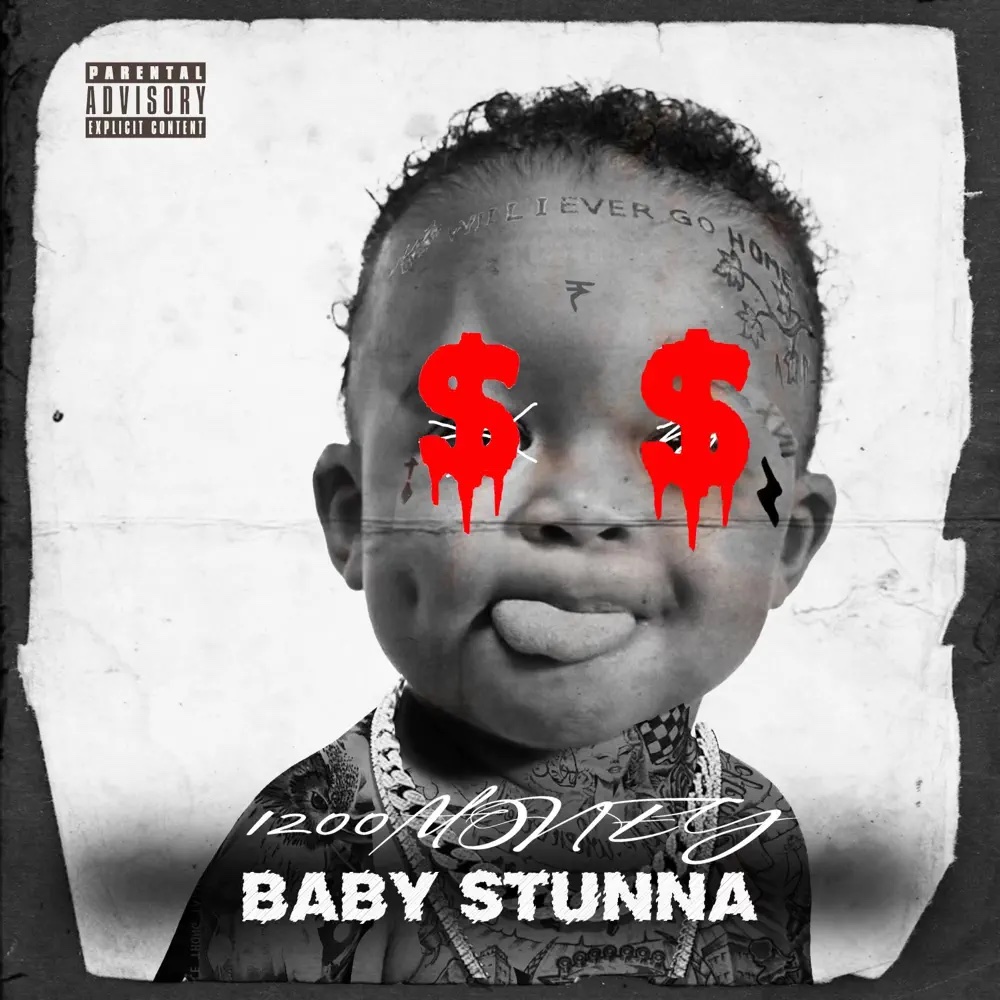 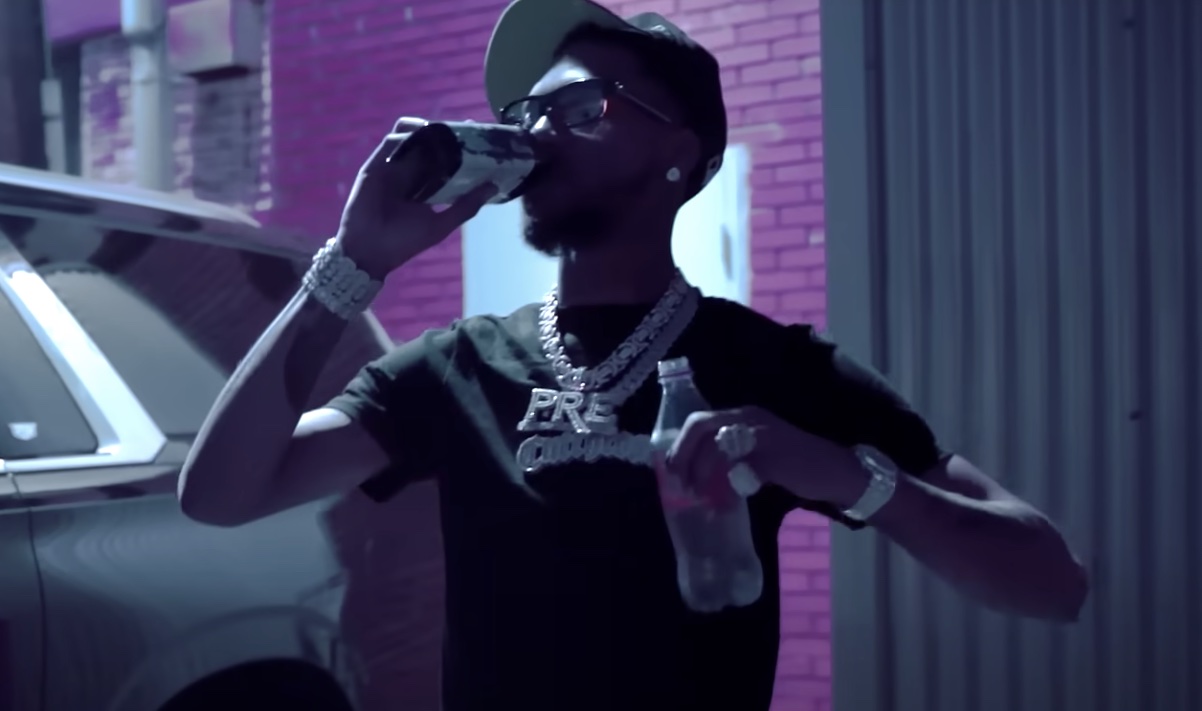